One of the greatest physicist of our time. Wrote a book on inter-galactical space and how the world began and what we are likely to face. A study of the Universe. Based on scientific factors the book was written and aimed at lay people. Was in Guinness book of records as the top 10 sold book for 184 week and sold over 5 million copies worldwide in 1988. His birth is the 300th anniversary o the death of Galileo, which he thought was symbolic. Although physically small and frail and most times sickly, he had an over zealous personality. In University he was in the Rowing Club and was the Coxin. He often took great risks and at parties would dance on tables and get overly drunk. 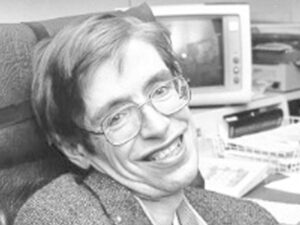