1958: won a Junior scholarship to the Royal Academy of Music attended every Saturday encouraged by his grandmother.

1962: took weekend job at Northwood Hills Hotel billed as Reggie where he played piano and sang popular songs of the day as well as some of his own compositions - formed band Bluesology - Did errands for music publishing company

1970: Releases 2nd album reaches number 5 in UK and number 4 in USA many more. Meets John Reid who becomes his manager for 28 years. They start a torrential relationship which lasted 5 years.

1975: Overdoses on cocaine and develops bulimia - Gets a star on Hollywood walk of Fame

1976: Announces he is bisexual

1979: Was first western to appear in USSR

1992: He and Bernie Taupin inducted into songwriter’s hall of fame

2005: Married in Civil ceremony in UK to David Furnish 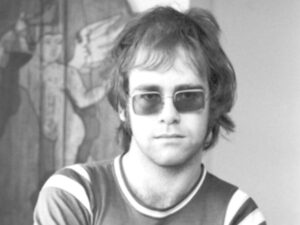