Ivan Milat was an Australian serial killer who was convicted of the backpacker murders in 1996. Milat, commonly known as the "Backpacker Murderer", assaulted, imprisoned, robbed, and subsequently murdered two men and five women in NSW between 1989 and 1993. His mode  of operandi was to approach unsuspecting hitchhikers along the  Hume Highway under the guise of providing them transport to areas of southern NSW   then sometime during the journey he would take his victims into the Belanglo State Forest where he would incapacitate and then murder them.

1983: Married this girl making him stepfather to her son, and they had one daughter of their own

1987: Wife left him due to domestic violence

1993:  13 November, police received a call from Paul Onions (24) telling them about his 1990 ordeal.   Onions had been backpacking in Australia and, while hitchhiking had accepted a ride from a man known only as "Bill”.  Less than 1 km from Belanglo State Forest, Bill stopped and pulled out a revolver and some ropes stating it was a robbery, at which point Onions managed to flee. Onions flagged down a passing motorist, Joanne Berry of Canberra, and together they described the assailant and his vehicle to the police. On 13 April 1994, detectives re-found the note regarding Onions' call. Onions' statement was corroborated by Berry, along with the girlfriend of a man who worked with Milat

1994:  May 22; Milat was arrested at his home on robbery and weapon charges related to the Onions attack. The search of Milat's home revealed various weapons, including a .22-calibre Anschütz Model 1441/42 rifle and parts of a .22-calibre Ruger 10/22 rifle that matched the type used in the murders, a Browning pistol, and a Bowie knife. Also uncovered were items belonging to several of his victims. Homes belonging to his mother and five of his brothers were also searched, uncovering several more items belonging to the victims.

1995: Feb - On his first day, at Maitland Gaol, Milat was beaten by another inmate.

1997: May 16,  he made an escape attempt alongside convicted drug dealer and former Sydney councillor George Savvas. The plan failed and Savvas was found hanged in his cell the next day, and Milat was transferred to the maximum-security section at Goulburn Correctional Centre in NSW.

2001: Self harmed when he swallowed razor blades, staples, and other metal objects.

2004:  November - Milat gave a televised interview on Australian Story (tv program), in which he denied that any of his family had been implicated in the seven murders.

2009: 26 January, Milat cut off his little finger with a plastic knife, with the intention of mailing it to the High court of Australia to force an appeal.

2011: May Milat went on a 9-day hunger strike, losing 25 kilograms in an unsuccessful attempt to be given a Play Station. 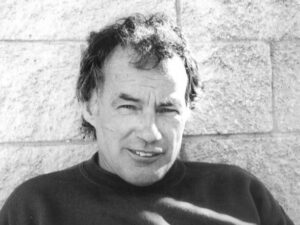